Home Rights Press Freedom A Crumbling Pillar: How Will India Deal With Its Plummeting Media Standards? 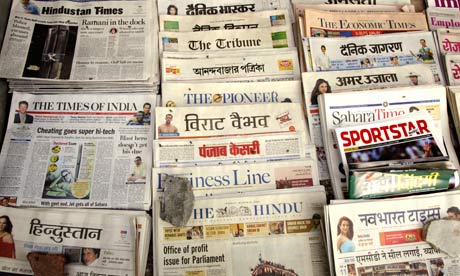 It is hard to ignore the fundamental shift in knowledge culture and public discourse in recent years — especially the functioning of modern media. From ancient historical-cultural accounts to modern liberal democratic nation-states, media has been hailed as a mirror of public conscience and interest as well as an instrument to seek governmental accountability.

It is the fourth pillar of democracy that is duty-bound to function in an un-biased, independent and fearless manner while keeping public interest at the centre stage. However, the idea and practice of journalism in contemporary times has evolved due to various factors — both structural as well as dynamic. The nature of institutional autonomy is directly influenced by the quality of personnel in media, public expectation, government attitude and economic environment of the country.

In current times, falling ranks in Press Freedom Index, the assassinations of dissenting journalists, undemocratic patterns of censorship and state intimidation of non-conforming media houses, economic and social boycott by capitalistic advertisers, injunctive defamation suits by vested interests and concerted smear campaigns through vitriolic social media against intrepid journalists reflect just some of the grave challenges to the institution.

According to Montesquieu, “Constant experience has shown us that every man invested with power is apt to abuse it, and to carry his authority until he is confronted with limits.”

Hence, the power of the state, if left unquestioned and unaccounted for, it can lead to absolute corruption. Media is supposed to play the role of keeping those in power in check by bringing in news, views, perspectives and stories with an aim to provide a wholesome perspective on policy issues.

The moment this important function of keeping a check in absolute power is threatened by authoritarian control or economic capture, the essential power of the citizen is lost. Indeed, being the foremost platform for dissent and discourse, once the media bows down to an agenda, the essential constitutional values that empower the citizen to express freely, even at the authorities’ chagrin, are threatened.

The fundamental causes for this institutional corrosion are rooted in the ownership, control and conduct of the media. The political environment also impacts it. As per the anecdotal and personal evidence corroborated with empirical evidence, the implications of these factors are wide-ranging and have direct impact on the nature, composition and quality of public discourse.

Also read ‘Indian Journalism in the Age of Rage’

Moreover, the media narrative also has far reaching impact on public policy, state agenda and popular culture. As academic Neha Roy Chowdhury told me in an interview, policy makers tend to take what the media says about policies very seriously. While this empowers media, it also makes it responsible to ensure that the discourse is committed and centred around public interest.

For example, the coverage on Triple Talaq and the stance of State legislators as well as those representing the State majority party in Bengal was entirely different from the national narrative and both these factors were influenced by audience and demography of voters. While party lines are the final deciders of where legislators stand, the media does shape a certain amount of the image that will be portrayed if a certain party stands with or against any policy.

TM Veeraraghav, former Resident Editor of The Hindu, mentions the problem of seeking a homogeneous media audience as well as structural issues hinder the emergence of a diverse and cohesive discourse because not just the agenda, but the positions of power are reserved for those who comply with the political economic establishment. Nowhere is this more prominent than the emergence of conservative and pro-establishment discourse in TRP-hungry TV News Channels.

Challenges to independent media in India

Among the most significant challenges to the media in current times is the lack of representation of marginalised communities. Noticeably, on sensitive issues of suicide by a dalit research scholar, or caste violence or SC/ST Prevention of Atrocities Act judgement, the coverage, reporting or debate were far from desirable [as mentioned in ‘Dalits and a Lack of Diversity in the Newsroom’ in the Economic and Political Weekly, Vol. 46:11 21,23 (2011)] Most of the news anchors below to the Hindu upper-caste cohort and their biases or indifference is apparent from the nature of discourse. On specific issues of communal or national importance, sentiments are raised without paying heed to rational discussion. Reporting of terror cases too — including most reportage on Jammu & Kashmir — is almost always done with an overt bias, prejudice, religious overtones and sensationalising narratives.

The root issue in this, as well as the challenge of personal security and environment of work for journalists is the commercial and political interests that govern this profession.

The increasing commodification of discourse and sensationalism in issues has led to fall in on-ground reportage. According to media experts, is the change in ownership, concerns for efficiency and cost-cutting are important factors in retrenchment of permanent reporters. Veteran journalist Arun Shourie has said that the political establishment has converted the media into a “dog with advertisements in its mouth, that cannot bark at them”. Unfortunately, more overt attempts in form of government persecution through compromised investigative agencies on news channels like NDTV have become evident. Scholars claim that this will intensify in the coming months because the nature of the (current) regime is totalitarian.

Moreover, the court-mandated and government-notified Majithia Wage Board recommendations for remuneration for journalists are not being complied with. Repeated court orders have not been successful to ensure fair wages for journalists while the new market economy is leading to their retrenchment and reorganization of the entire profession.

“A free press can of course be good or bad, but, most certainly, without freedom it will never be anything but bad.”

The murder of Gauri Lankesh and various other journalists has been a cause of concern because it represents a targeted attempt to eliminate dissenting and truth-seeking voices. The urgency in everybody’s arguments suggested that the Indian press faces its most pernicious challenge since 1975.

Since our understanding of facts is always coloured or enhanced by perspective, there are often disputes regarding the truth of any event or issue. It is precisely for this reason a story needs a variety of versions, with different emphasis, that allow people to make their conclusions. It is upon their judgement that a government is replaced and (re)elected. By definition and in spirit, the popular judgement that ensures democracy is in turn provided by the freedom of the press.

If a free nation is about the right to govern, the only way to ensure (democratic) freedom is to grant autonomy to the press. The government in a democracy, holding real, political power as the people’s elected representatives, is under oath to uphold the law and fulfil people’s expectations. It is the sovereign power of the people that needs to hold the political power of governments in check. Any attempt to gag the press is a clear reversal of the mechanism of a democratic polity.

This happens especially when opposition leaders are hounded in a government that can democratically use the fourth estates to perform undemocratic acts under the protection of fundamental rights. A compromised coverage is in fact the biggest threat to the freedom of speech of the individual citizen because oppositions in Governments exist to represent the questioning under represented citizen.

If opposition voices are delegitimised by biased media, then that is just one way in which policy makers and law makers are becoming part of a false narrative that compromises public interest.

Is there a way forward?

Aroon Purie used to have a slogan that said, “News is what the government wants to hide, everything else is propaganda.”

Hence, emphasis should be laid on the real stories in terms of demand and supply. Citizens need to promote independent online media and other alternative platforms through paying for them. This was the view unanimously agreed by public policy experts and media professionals. Therefore, it is very important that technological talent is used to bypass government censors and surveillance and use the Internet creatively to acquire and disseminate information. Altnews.in is a creditable and admirable step in this direction.

The media — the real media, that is, not the propagandists — should now swear that it will do its job professionally and not compromise on its basic dharma, that of asking questions to all those who wield political, economic and social power. That it will point out failings without fear or favour and demand accountability. The media can only effectively step in if they are unbiased and concentrated on reaching an awareness of social entitlements to people while also making them aware of their rights and oppressions. Robust understanding of journalistic ethics, lack of political motivation are all important aspects of this process.

Only then can we hope that someday, this view will transform from the ideal, to the real through collective efforts of the citizen and conscientious media professionals to reclaim the integrity of the institution of free press.

This article was originally published by the Human Rights Law Network. Read the original copy here.

Prannv Dhawan is a student of National Law School of India University, Bengaluru and the Founding Editor of Law School Policy Review. 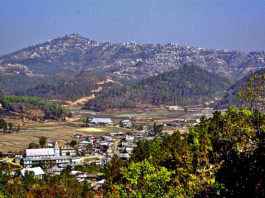 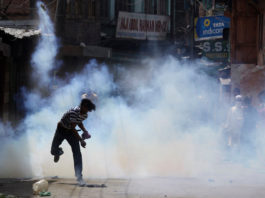 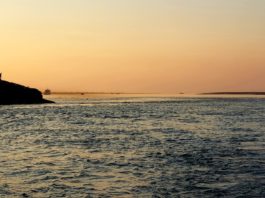